I hope you are having a nice week so far. I am barely coping with the heat wave we have been experiencing here in the UK – it is hard to remember a time where I have had to actively take shelter from the sun!

Today I have one of my list posts for you, and this one centres on books with multimedia formats. I absolutely love the use of mixed media in books, as a fun technique or device to aid the telling of the story. It has a way of making it more engaging and interactive for the reader.

Mixed media includes all kinds of things, from news articles, transcripts, written monologues, and text messages. They often add to the fun of reading, so here are some of my favourites. A lot of them happen to be series! 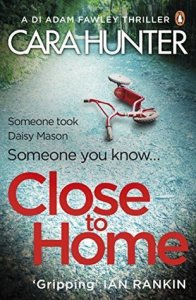 Cara Hunter is the absolute queen of multimedia formats, which are integral to her series of police procedural thrillers. She is inventive with them, featuring webpages, news articles, interview transcripts, maps of crime scenes, and many more.

After No Way Out was released, she told me in a Q&A that she tries to include a new type of media in each book. They bring much to the story and add to the fast pace of them all. 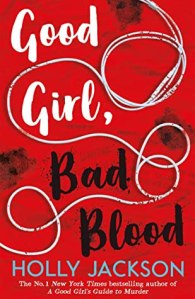 A Good Girl’s Guide To Murder trilogy by Holly Jackson

The use of multimedia actually becomes less frequent as this trilogy progresses, but it is all done extremely intelligently. One of the many reasons I loved A Good Girl’s Guide To Murder was the many entries in Pippa’s production log, while in the follow-up novels we have podcast transcripts and drawings among other things. 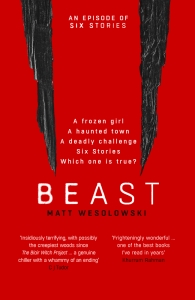 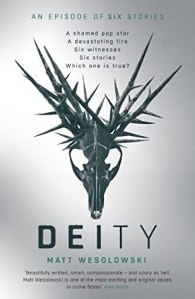 The format of this series is one of the standout reasons why it is so ingenious. It is presented as a six-part podcast series where testimonies are heard from six different people connected to a crime or cold case, while these are preceded by short introductions or some musings from the presenter, Scott King.

Apart from the fact that each one contains a supernatural element, it feels like a real true crime podcast.

The Once And Future Witches by Alix E. Harrow

Alix E. Harrow also uses mixed media to good effect in her debut, The Ten Thousand Doors Of January, but her she adds to the unique atmosphere of this witchcraft inspired story by including newspaper articles that are full of foreboding.

Even more amazing are the succession of fairytales that break up the story, just elevating the storytelling into something even more wondrous. This was a stunning book on every level.

Everything But The Truth by Gillian McAllister

This one has a comparatively low rating on Goodreads, but I was still quite new to the thriller genre when I read it back in October 2017 and I remember loving it. A key reason for that was the multimedia, which consisted of numerous articles and webpages that brought more suspense to the story.

The Poet X by Elizabeth Acevedo

When I read this one, it was clear that I had not read anything quite liked it before. Along with the story being written in verse, it also contains letters and emails – addressed to Xiomara’s teacher if I remember correctly.

The Passengers by John Marrs

This edge-of-the-seat thriller is set in an alternative future where driverless cars are the norm and eight people are sent hurtling towards their deaths with a committee assembled to try and save them. My memory of it is hazy in places, but the media used is mostly futuristic articles and advertisements. It was a totally breathless ride!

What are your favourite books with multimedia formats? Have you read any of the books on this list, and what did you think of them? Let me know in the comments!

11 thoughts on “My Favourite Books With Multimedia Formats”