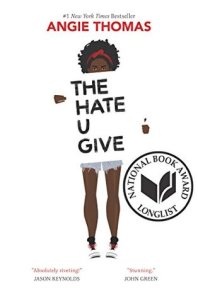 Sixteen-year-old Starr Carter moves between two worlds: the poor neighborhood where she lives and the fancy suburban prep school she attends. The uneasy balance between these worlds is shattered when Starr witnesses the fatal shooting of her childhood best friend Khalil at the hands of a police officer. Khalil was unarmed.

Soon afterward, his death is a national headline. Some are calling him a thug, maybe even a drug dealer and a gangbanger. Protesters are taking to the streets in Khalil’s name. Some cops and the local drug lord try to intimidate Starr and her family. What everyone wants to know is: what really went down that night? And the only person alive who can answer that is Starr.

But what Starr does or does not say could upend her community. It could also endanger her life.

It is little wonder that this book has almost come to define the YA contemporary genre. I entered with suitably high expectations, and right from the beginning the plot had me totally engaged. From there, it swiftly becomes a profound and supremely powerful work of fiction that left a lasting impact on me as a reader.

What makes this such a compelling book is how it portrays and confronts the very real and harrowing issue of an unarmed black teenager being killed by prejudiced police. As stated at the end, this is something that has happened too many times in the United States, and outrageously the officers involved have rarely been brought to justice, a fact that this story grimly reflects.

As they are driving home from a party, Starr witnesses her friend Khalil get shot dead by a police officer in an unprovoked attack. It happens so suddenly and so devastatingly. Starr testifies about what happened that night as the case gains national attention and leads to a public outcry that gradually escalates into riots.

In the wake of his death, Khalil is labelled by many as a criminal, suggesting that he got what he deserved. It is up to Starr, who has to live with the painful memory of witnessing it, to fight on in order to get justice for Khalil, and in relation to the bigger picture.

It made me feel so angry to read about the discrimination that takes place in The Hate U Give and how the incident was handled by the police, the media, and the courts. How a person could be shot dead by an officer for no valid reason and for there to be no conviction.

However, the book contains so much more than just this main storyline. It has a brilliantly executed plot with multiple facets that are all explored in great detail and combine to make things even more significant, not to mention intriguing. For example, Starr’s Uncle Carlos is a police officer; she has a white boyfriend; and she attends a school in a more privileged area than where she lives. All of this helps to give the plot an interesting extra dimension.

The book is told entirely in Starr’s POV, which for me was the highlight. Starr has such a superbly written, authentic voice that carries the story so well. I thought she was an excellent protagonist, and it was easy to connect with her.

Through Starr, the author’s style really begins to emerge. There are a lot of meaningful quotes dotted throughout, but what impressed me most was how the atmosphere and tone of each scene was always perfectly judged. I also loved the regular injections of humour, and the surprisingly high number of Harry Potter references!

Aside from Starr, almost all of the other characters are extremely well developed. I was a bit worried at first because there are a lot of characters to get used to, but in the end they were not hard to distinguish. I especially liked Starr’s family, they have a very good dynamic.

The settings play a major part in the book. They are well described, and create a highly effective juxtaposition. Starr lives in Garden Heights, a deprived area with a reputation for drug use, while she goes to school at Williamson, where most of her friends are. The way these settings influence Starr’s personality was impressively written, too.

The only real thing that disappointed me was that the book started to drag a little towards the end, and my attention began to drift slightly as the pace dropped. The ending itself was bittersweet yet realistic, and I liked how it reinforces the message of the book: ‘Sometimes you can do everything right and things will still go wrong. The key is to never stop doing right.’

Overall, this is a rather phenomenal book. As well as the power of the plot and the deep, meaningful messages that it conveys, The Hate U Give has almost everything you look for in a great read. I really, really liked it.

Angie Thomas was born, raised, and still resides in Jackson, Mississippi as indicated by her accent. She is a former teen rapper whose greatest accomplishment was an article about her in Right-On Magazine with a picture included.

She holds a BFA in Creative Writing from Belhaven University and The Hate U Give was her first novel. Her second, On The Come Up, was released in 2019.

An extraordinary book which I really loved almost from beginning to end. So powerful, and certain to ensure an emotional connection. 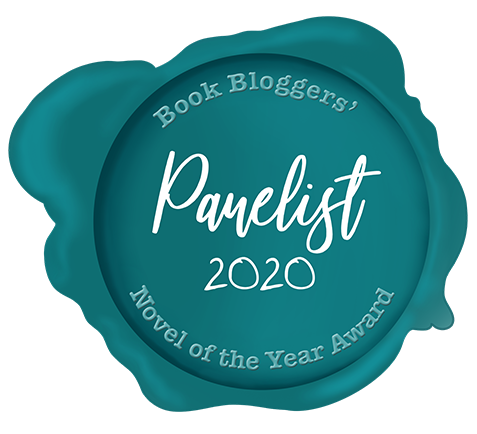